End Of Season Tour To Barcelona


On the Wednesday 28th of May, a group of elated district footballers; Adam Baldwin, Matthew Ellis, Matheos Maneli, Cian Marum, Joel James, Joaquin Harrison, Harry Bailey, Marcus Chalk, Louie Potton, Harry McHugh, Josh Rembalski, David Saunders, Alfie Williams and I returned after a long, hard season and were about to jet off to Barcelona for a well-earned break. Excitement buzzed around the players as they boarded the plane. After two hours of talking, laughing and joking, they arrived at Barcelona airport. Clearing through customs, we were free to go. A quick food and drink stop and a 5 minute wait and we were greeted by a bus to take us to their destination. Very soon we reached the hotel, checked in, dropped off our bags and set off for the beach for some football. At the beach, we quickly arranged teams and set up a pitch for a game of football. There were many slips, laughs, bundles and goals, along with the occasional shout of ‘Come on Cian, the reporter has scored more goals than you!” Cian’s response was a beautifully weighted shot which lashed past goal keeper, David Saunders, for his first, but unofficial goal of the season. Play continued, when the three coaches, Luke, Stuart and Michael had finally given up against the National Finalist, Dacorum, it was time to go back to the hotel for some food. The hotel welcomed us back with a lovely tapas dinner and live music. 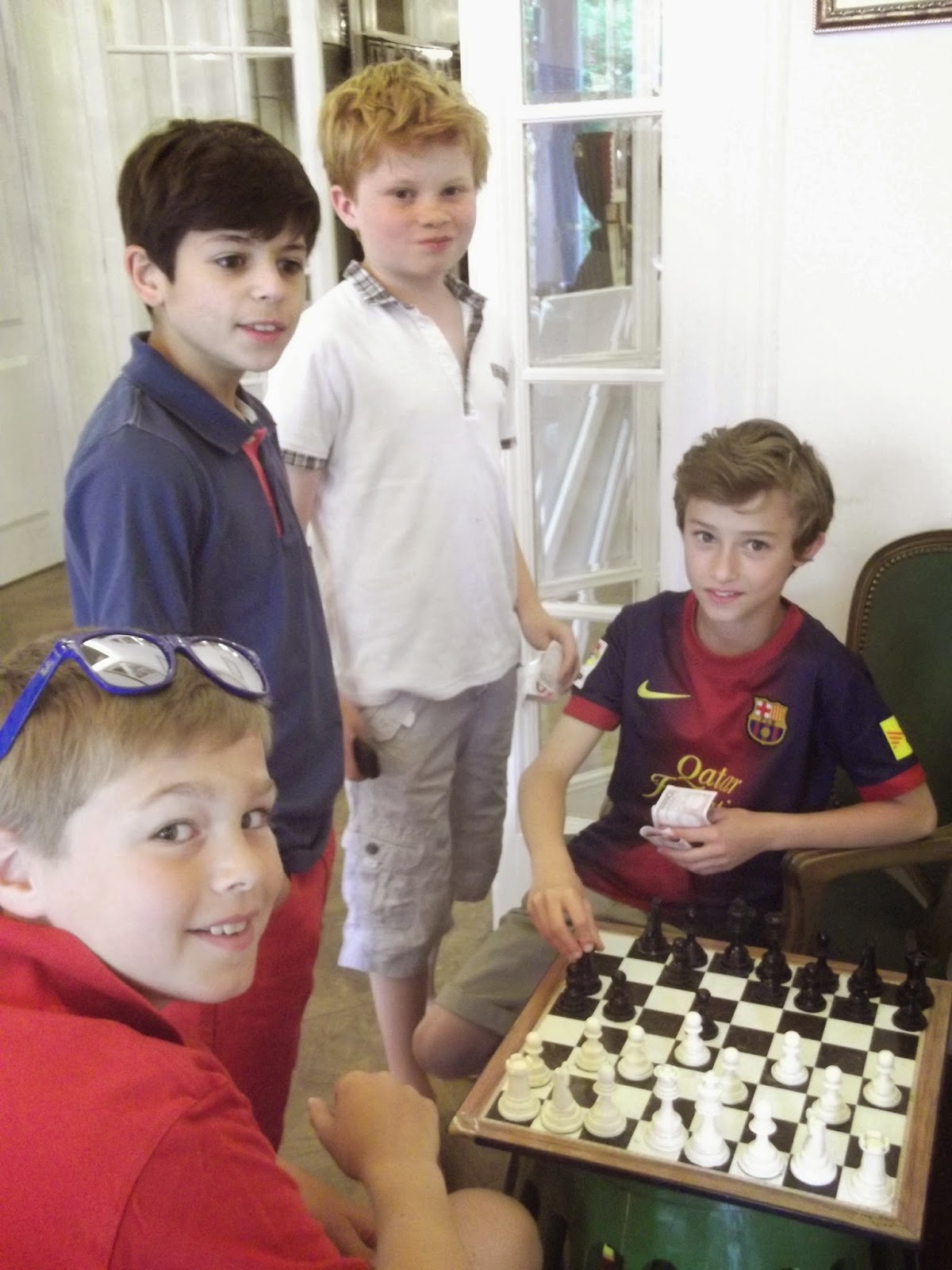 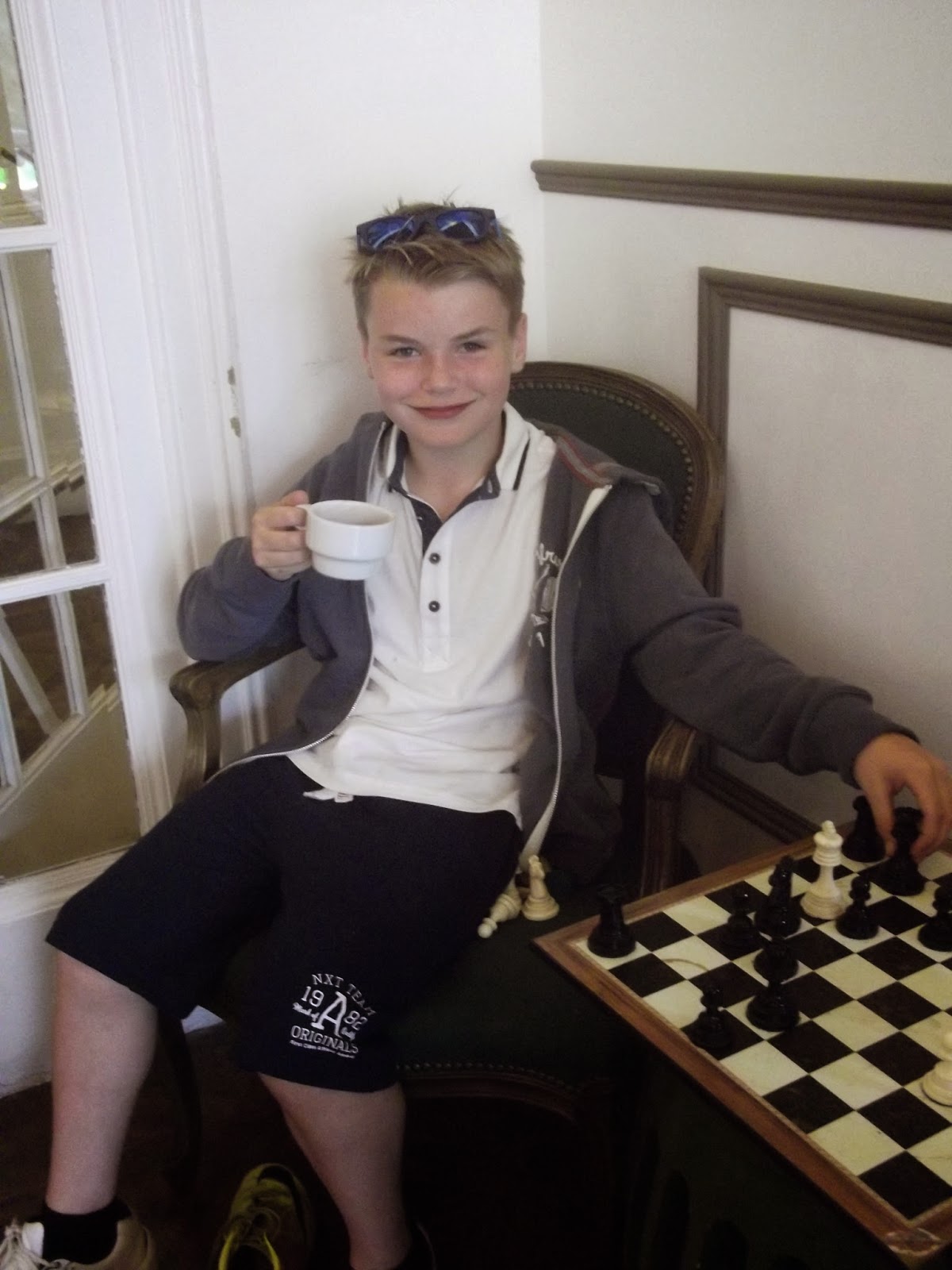 The following morning we set out early and headed into the town in search of some ropey, bootleg Barcelona shirts. Manager, Luke Nicholls used his skilful Del Boy bargaining talents to secure a good deal in which we purchased 14 2013-2014 season Barcelona shirts, one for each child on tour. All them bearing the name, Messi or Neymar on the back of them. 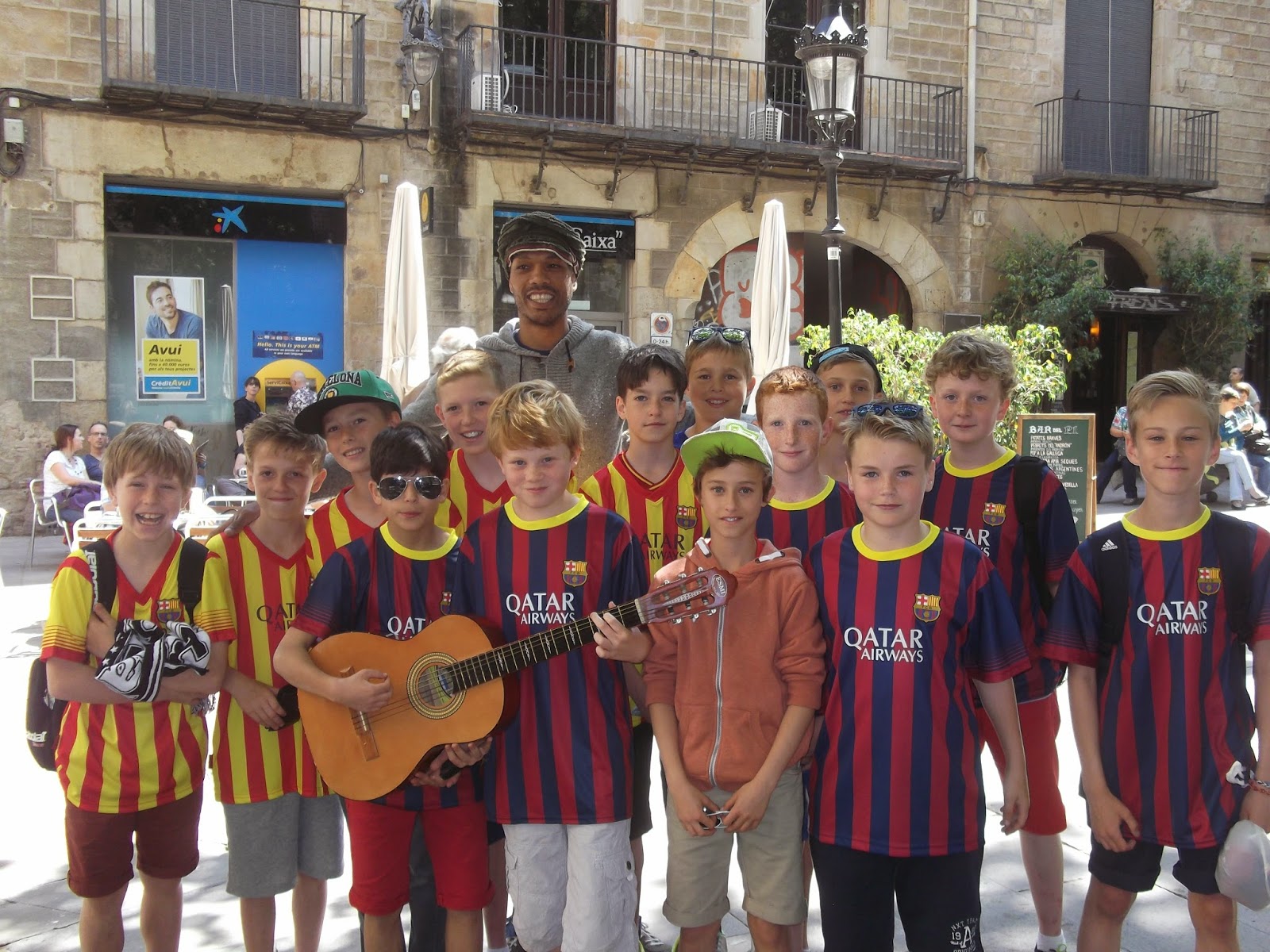 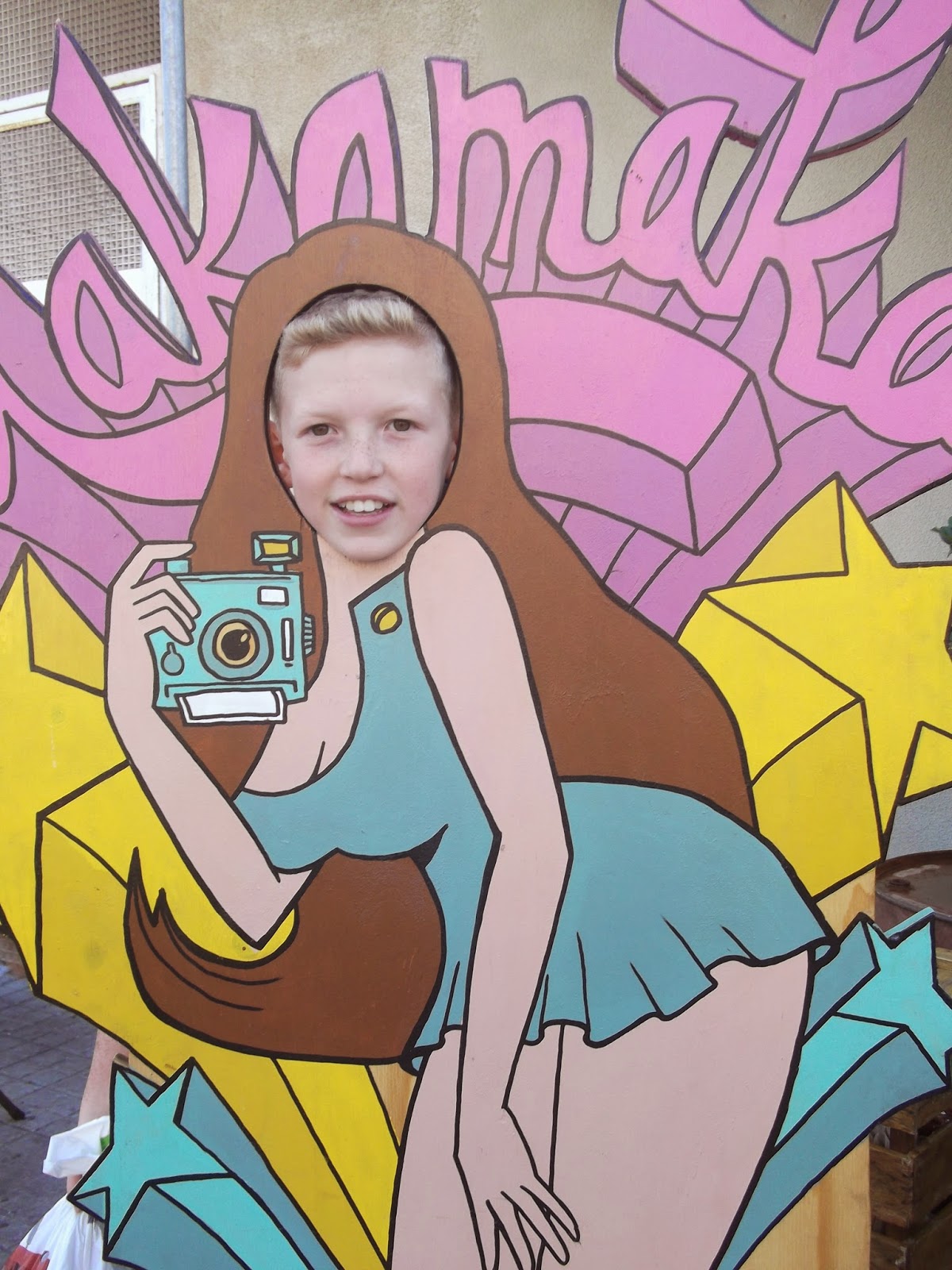 Afterwards, with wallets considerably lighter, we headed for the Camp Nou, home of Barcelona FC. After a train ride, a long walk and a picnic lunch, we found ourselves under the roof of one of the most spectacular stadiums in the world. Following on from here, we headed to the tunnel and dressing rooms where many long benches were lined up with all the player’s shirts in glass cases. Here was the ambition for all of us to play football for Barcelona. Walking out of the tunnel and on to the pitch, lying before us was a carpet of lush, green grass. The seats of the stand towered over us in an array of blues, burgundy, yellow and black colours. Climbing the stadium steps on our way out of the Camp Nou, we found ourselves at peak of the stadium. With one thought on our minds, a unanimous decision was made that we should all go to the club shop and spend the rest of our pocket money. 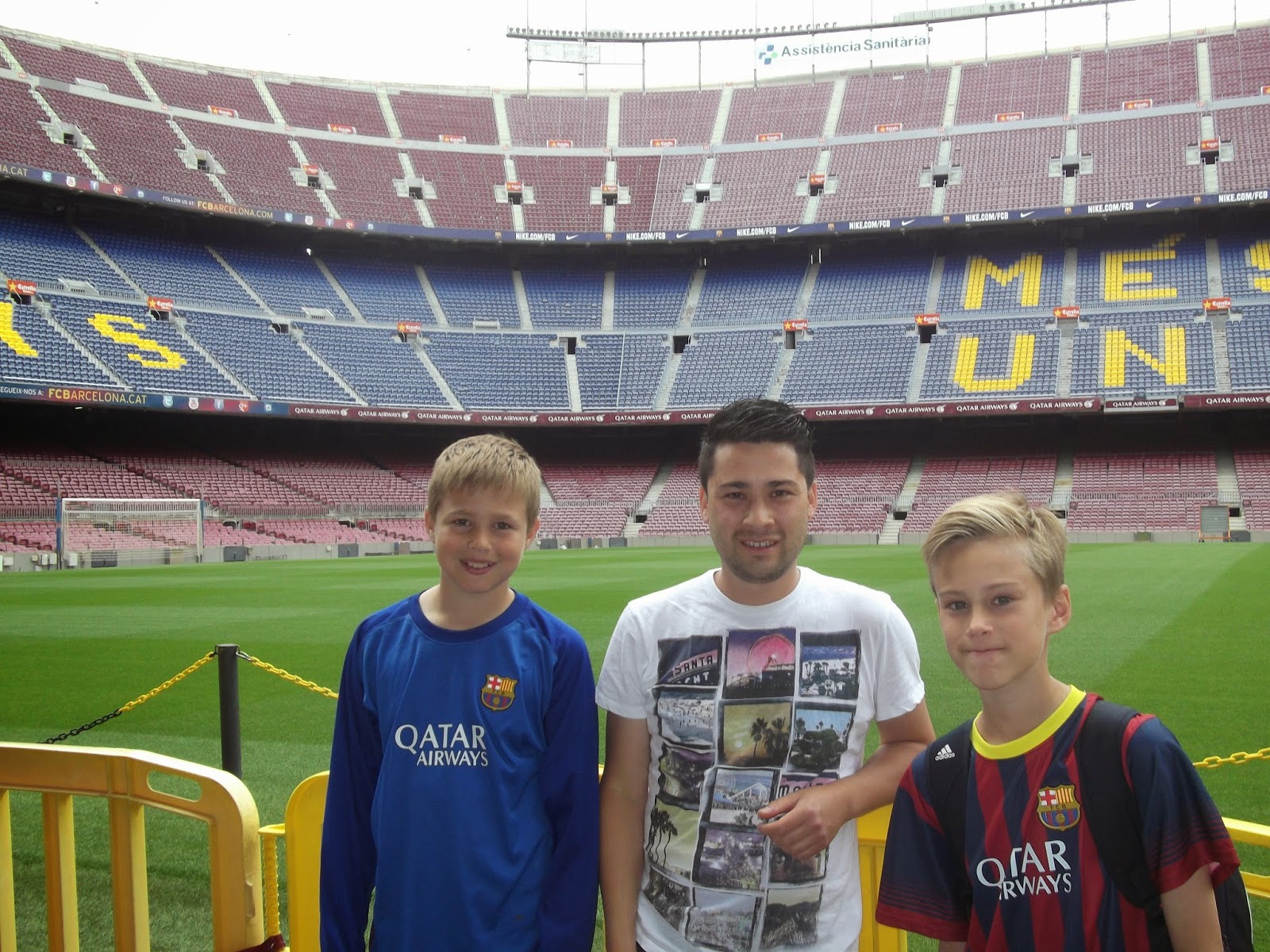 So we trudged off to the three-floored merchandising shop where Matheos completed his Barcelona kit by buying the shorts and socks to go with his shirt. Everyone else bought a few souvenirs too. Next we headed to the Museum where we saw many trophies and Lionel Messi’s four Ballon D’or awards and the teams countless Copa Del Rey and La Liga titles. The archives on show included the ball that was used to score Barcelona’s 5,000thgoal of all time and the shirt worn by skipper, Xavi, when they won the Champions League. 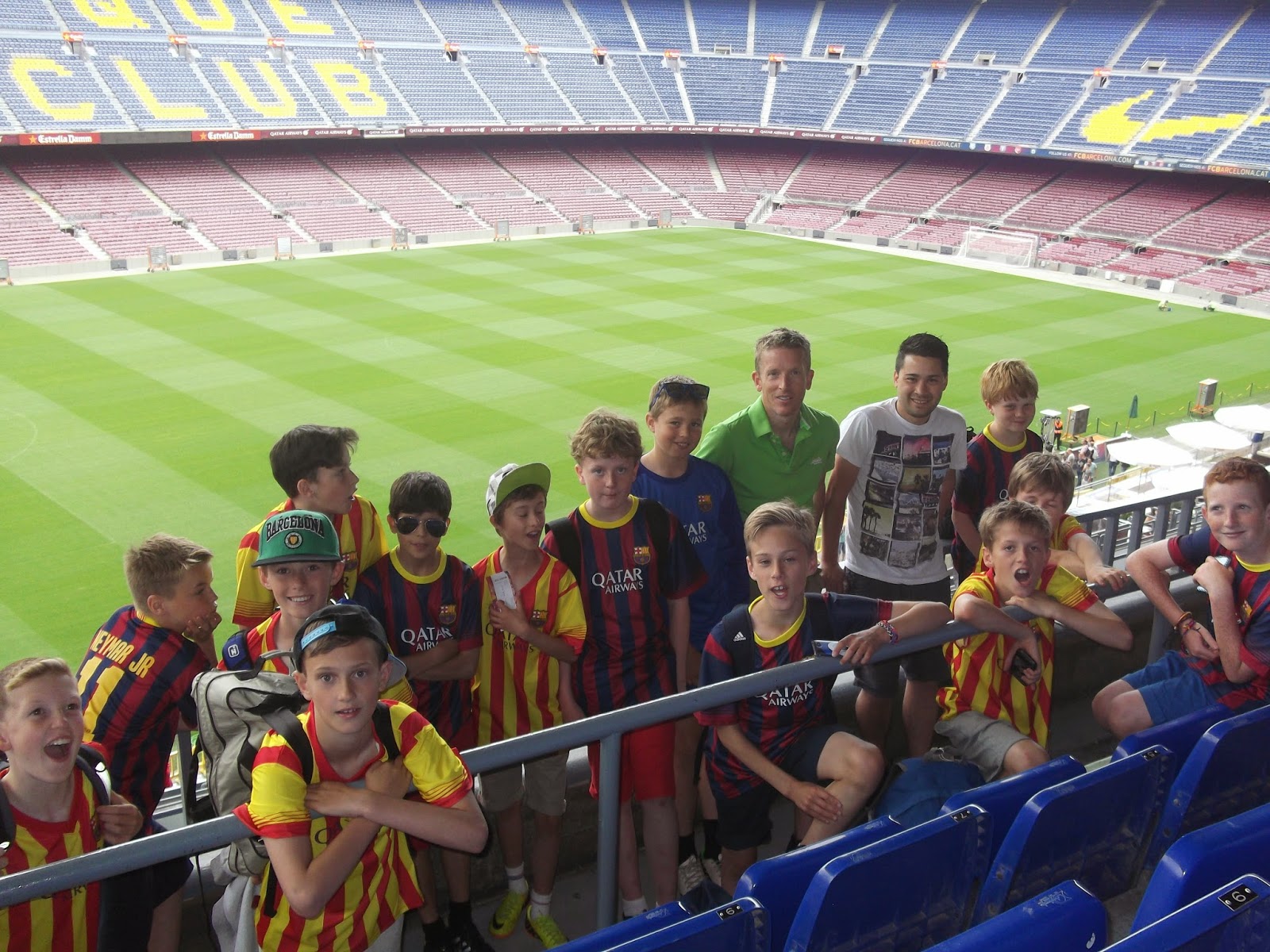 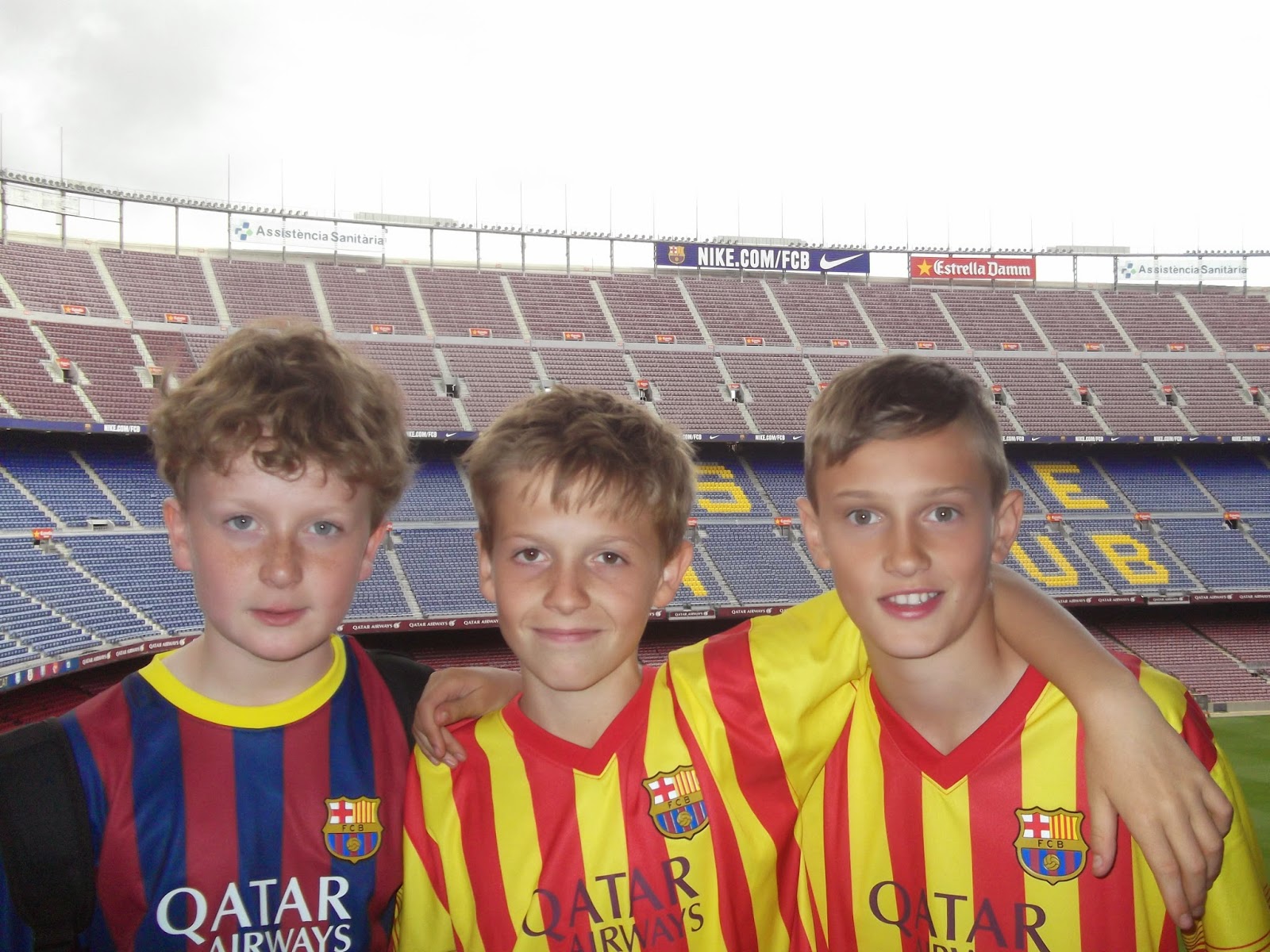 With our heads filled with ambitions of great football from seeing the wonderments of Barcelona FC, the boys and coaches headed off for a kick about in the park. However, 5 minutes in, the game was interrupted by a downpour of heavy rain, thunder and lightning. We quickly evacuated to the train station where, after some slight confusion with the underground map, we set off back to the airport. As the rain lashed down, we took no notice of it as we were filled with the great memories of a wonderful tour to Barcelona. We arrived at the airport some 30 minutes later and stopped for a quick lunch and set off back to England on what was a trip of a lifetime 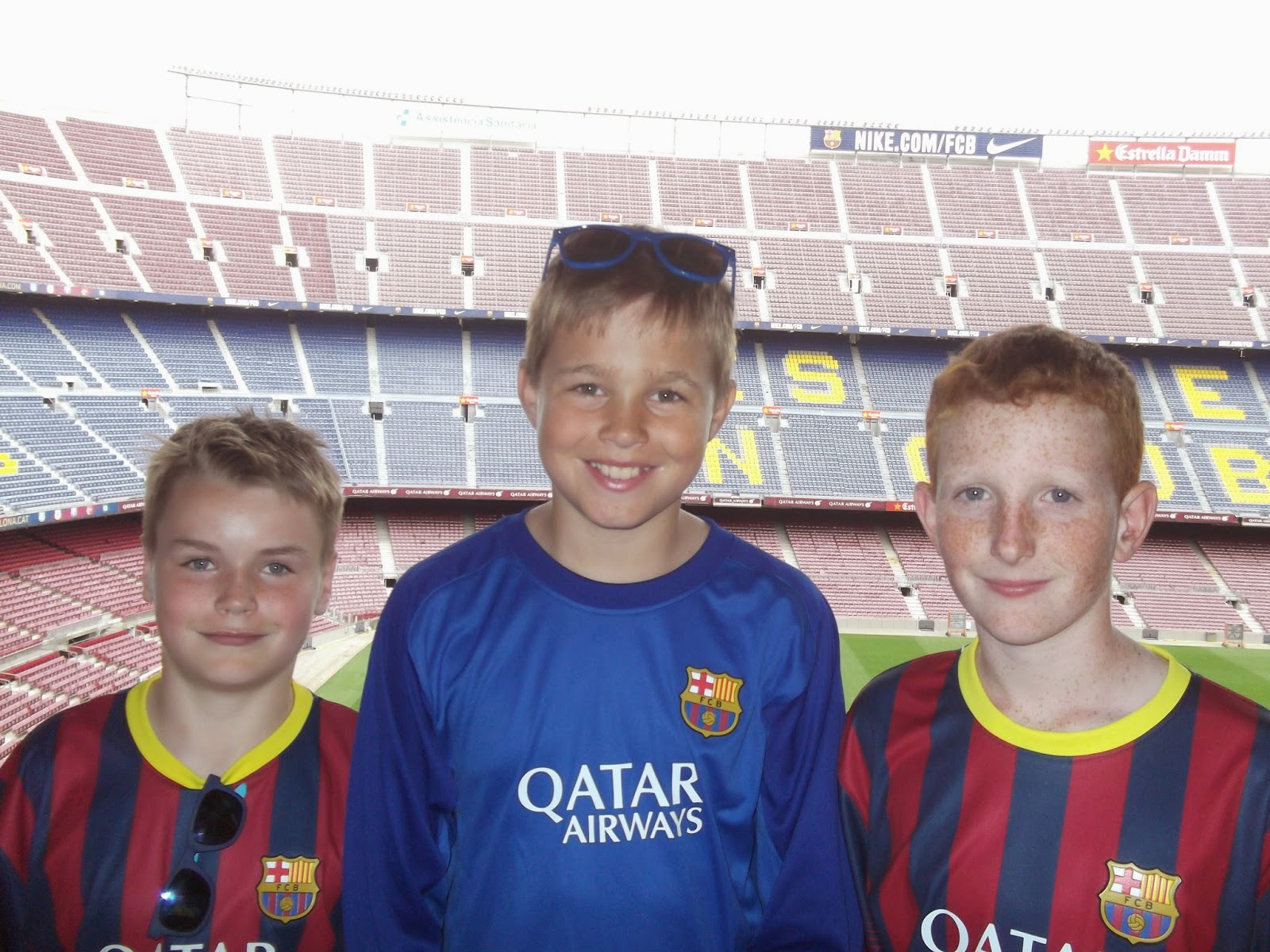