With crafty wingers Alfie and Matheos out of action this week, Dacorum looked like their attacking options may be limited. However, Dacorum started positively and looked like the stronger side from the off. The first attacking action started with the busy winger, Adam, playing an excellent through ball to goal machine Louie who unfortunately hit his shot down the keepers throat and was denied and early goal. Then, just four minutes later Louie found himself with another great chance when the small, yet agile Letchworth goalkeeper fumbled a precision cross by Cian which was smashed into the side netting. The score was still frustratingly 0-0. By this point, Dacorum were dominating the game and Letchworth struggled to get past the halfway line.  Soon after, there were penalty appeals by the Dacorum players and the crowd cheering on Louie, who was by this time, in the thick of the action. He was felled by a high boot but luckily not seriously injured. Letchworth had begun to lose their discipline. Minutes later an Adam Baldwin corner found the head of Joel, who was making his league debut for Dacorum but the header fell comfortably for the Letchworth keeper.

Surely a goal would come soon. Letchworth then surprised Dacorum with a fierce counter attack, catching the defenders out of position, they were through on goal. But the Dacorum stopper David Saunders switched on and produced a fine save by diving low to his right. Dacorum responded with style and grabbed the first goal of the game, after a scramble in the box, the ball rolled through to the quiet yet determined left winger, Joel, who neatly tucked his shot right into the bottom corner. Immediately after that, the floodgates opened and Dacorum produced their trademark move of two quick fire goals. Alert winger, Joel, then pounced on a Letchworth defender’s miskicked clearance and rifled home. 2-0. The next goal came from crowd favourite, Adam, who was in the right place at the right time to finally score a long awaited first goal for Dacorum. The home team then fired home a fourth, Louie latching onto Josh’s perfectly weighted through ball to pass the ball into the net. In the 27th minute, manager Luke Nicholls replaced Josh with powerful striker, Kofi, who immediately made an impact after firing a rocket of a shot onto the bar. 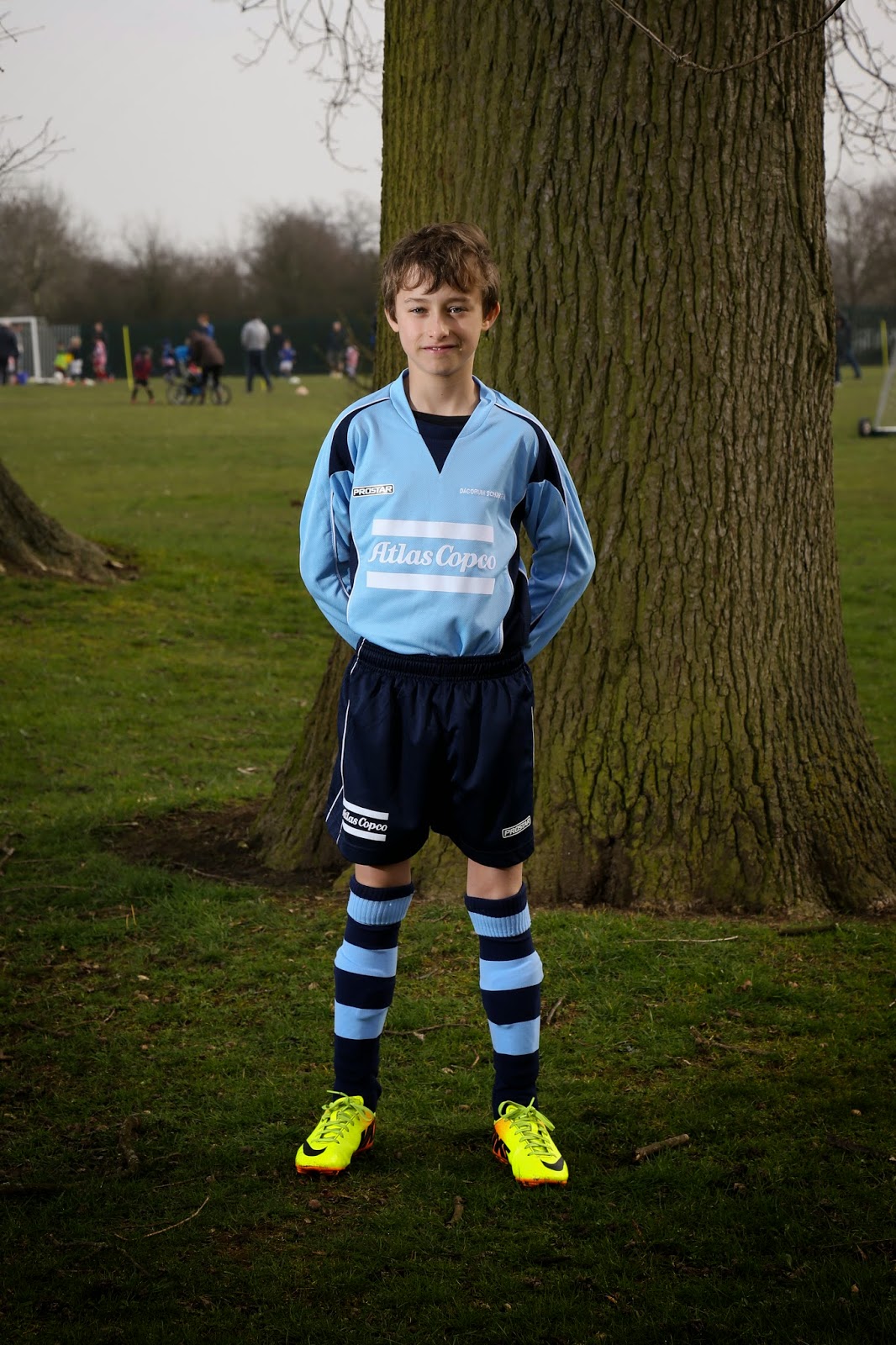 
The Dacorum defence began to push up but were always there when needed. Seconds before the half time whistle, the ball bounced up for skipper Harry who had moved into the central of midfield and from 30 yards he hit an absolute thunderbolt of shot that rocketed into the top corner of the net. Dacorum came into half time with a resounding 5 goal lead. The second half was largely uneventful, Dacorum looked to keep possession and a few more goals to their tally, with district skipper, Harry and  Kofi adding a sixth and seventh goal before Dacorum’s own Spanish striker, Joaquin came on for his district league debut. Under the guidance of manager, Luke Nicholls, Dacorum have now extended their winning streak to 9 consecutive games. Dacorum’s next challenge will be the biggest of the season. They are playing a very strong Bath District team in the semi-finals of the Southern Counties Cup. Let’s hope Dacorum can win that game and bring back some silverware to our district.
Posted by Luke at 05:05