This Hertfordshire League game started evenly balanced until in the 8th minute of the game, when Dacorum’s, Louie, played a through ball for Matheos to create a goal scoring change but he was unfortunately tackled at the last  moment.  Then, just 2 minutes later, with a massive scramble in the box, the ball rolled loose for Dacorum’s Louie, who slotted home a well taken goal, however celebrations were premature as the goal was disallowed for offside.  Play continued and in the 12th minute Harpenden had a good move which ended in a shot going just wide.


In the 14th minute, a well hit cross from Matheos was found by a back heel shot at goal from Louie, which was brilliantly saved by the Harpenden keeper.  Play was contained in the middle of the park, with both teams cancelling out each other’s moves until the 23rd minute when Louie’s header from a corner was desperately cleared off the line by a Harpenden defender.  The chances kept coming for Dacorum and once again they saw another goal disallowed for offside. At half time, with the score 0-0, hard-working Adam was replaced by Cian. 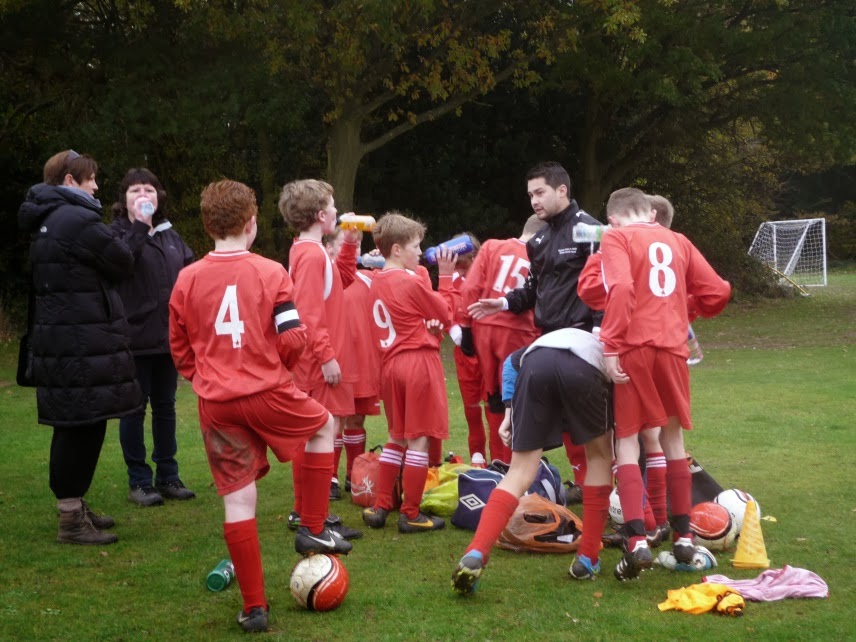 The second half saw Harpenden looking the stronger side with their No.9 putting a shot wide from 7 yards out. A few minutes later, Dacorum’s buccaneering full back, Harry B replied with a 25yard free kick which was well saved by the Harpenden keeper. With Dacorum continuing to pile on the pressure, striker, Louie hit a stunningly overhead kick, which sailed into the top corner only to once again be disallowed for offside once again. By this time Louie had scored a hatrick of disallowed goals. Dacorum, keen to turn the game around responded with two quick fire goals. The first came from a brilliant cross by Alfie, for Louie to ram home the opening goal.  The next goal again came from a fantastic Alfie and Louie combination, when Louie squared the ball across the box to find the ever alert Alfie who finished neatly.  The game finished as a well-deserved 2-0 win for Dacorum. The score could have easily been higher in this game but I’m sure the Dacorum players and management were happy to get another 3 points onto the league table.


Dacorum’s co-manager Luke Nicholls said, ‘I’m really proud of the boys performance today. I told them to keep calm, relax and that the goals would come and that’s exactly what they did.”