Mr Stuart Stedman (Teacher at Westbrook Hay Prep School) and I, co-manage the Dacorum District Under 11s Football Team. Over the last few months we have trialled around 120 boys (who are currently in year 6 at a school within the district of Dacorum.)

These boys have been selected to represent the Dacorum for the 2011-2012 season in which we will be playing in the Surrey League, Hertfordshire League, Witney Cup, Southern Counties Cup and the Hertfordshire Inter District National 7-a-side tournament.

As a team, neither Stuart or I receive any wage, we do it on a purely voluntary basis.All the boys pitch in with fundraising activities to raise money for the general running of the team. The fundraising activities this season are as follows; shopping bag pack at Tesco, Hemel Hempstead, Sponsored Penalty Shootout and a Christmas Raffle. This year we have been very fortunate that some of the local councillors for Dacorum, Mrs Jan Maddern, Mr Richard Roberts, Mr Ron Tindall, Mr Ian Reay and Mr Terry Douris have all allocated us some funding from their locality budgets. Thank you to everybody who has assited in raising funds for the team, your help is greatly appreciated.

Our results for the season so far: 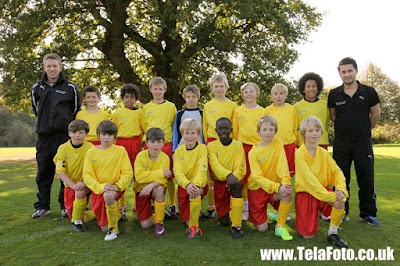